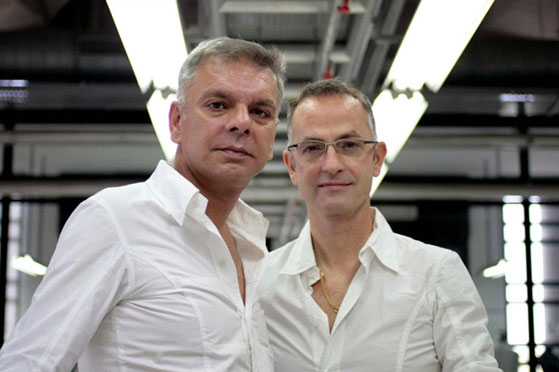 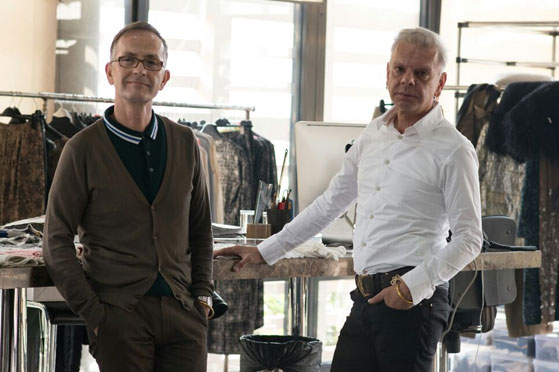 They have dressed international film stars and European Aristocracy. Award-winning designers Hemant Sagar and Didier Lecoanet combine fluid silhouettes with intricate detailing - giving the spirit of Haute Couture to their collections which continues to perpetuate their legacy. The designs are architectural, with pure clean lines and sleek tailoring. Couturiers since the 1980's - Lecoanet Hemant opened their first shop on Paris's Faubourg Saint Honore. Today they are based in Delhi, following the call of Indian born Hemant as well as the exquisite textiles, beading and embellishment which India's heritage has to offer. Recipients of numerous prestigious awards including, the Golden Thimble known as Le de d’or, the top accolade for Haute Couture (the Oscar equivalent in the Couture world); the Swarovksi Creation prize 2005; and the Designer of the year award, Miami 2007; Lecoanet Hemant's work is in the permanent collection at London's Victoria and Albert Museum; Deutsches Museum, Berlin; and the Musée des Arts de la Mode, Paris.

Hemant Sagar was born in 1957 in New Delhi to an Indian father and a German mother. He spent his childhood in Delhi, then as a teenager he went to study design and dressmaking in Germany . He started his career in fashion as an apprentice in Germany , then he went to Paris and joined the Ecole de la Chambre Syndicale de Couture Parisienne, where he met Didier Lecoanet.

Didier Lecoanet was born in 1955 in Chaumont, eastern France. He studied fine arts and started his career in advertising, but quickly he realised that his heart lay in the world of Couture. He joined the Ecole de la Chambre Syndicale de Couture Parisienne, where he met Hemant and from there they founded the business Lecoanet Hemant after working for various companies as freelancers.